The term “pigeon blood” is said to have come from Burma, where the locals would call the finest and most vivid rubies “ko-twe”, which means “Pigeon’s blood”. Others claim that the perfect-colored ruby is the same color as the central point of a pigeon’s eye. 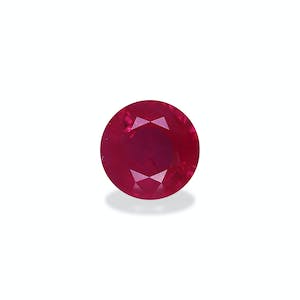 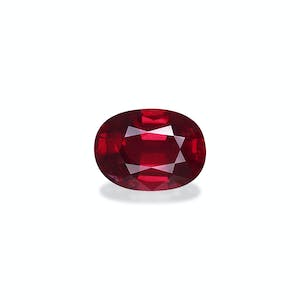 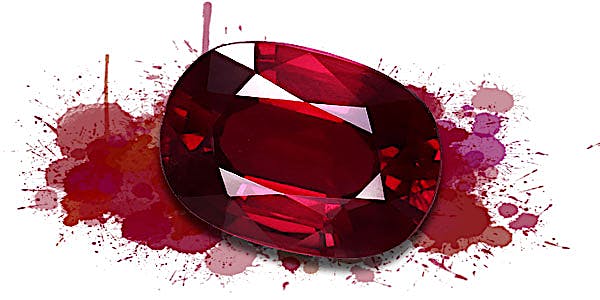 Whichever origin story you wish to believe in, Pigeon Blood was a popular way to describe the finest rubies in literature, however, it is only recently that the color has officially been defined. All rubies are red, but some are not visually pure as they will have secondary colors of pink, purple, and orange. Pink is a less saturated version of red, while purple and orange are next to red on a color wheel. To be called a ruby, a gemstone has to be at least 51% red. So, what is the true definition of the color which makes a pigeon blood ruby?

Some experts will tell you that it is possible to identify a ruby’s source by its color. Pigeon blood rubies are also known as Burmese rubies because they mostly come from what was known as Burma, Myanmar today. Rubies from Burma have a rich red color and a blue undertone, adding depth to the robust color. Some claim that pigeon’s blood is a visibly pure vivid red stone, which is achieved when a purplish red ruby is set in yellow gold. This way the yellow cancels out the blue undertones. The GRS (Gemresearch Swisslab AG) have officially defined pigeon’s blood by creating a scale based on the intensity of red color in the rubies. On a scale of 1 to 4, pigeon’s blood rubies place at number 3, or vivid red.

We know that color is the most important factor when valuing rubies. However, under ‘color’ we also find hue, saturation, and tone. The hue is the actual color as we know it. In rubies, it is simple, since only gems with a primary red color are considered rubies. Other colors are known as sapphires. A ruby that is not considered red enough is called a “pink sapphire” and not a ruby at all. However, a ruby can have secondary colors, such as orange, pink, purple, and violet.

While the prominently red rubies are preferred, they are rare. That is why pigeon blood rubies have such a high value. However, some stones with a secondary color such as purple can also be very valuable in Mozambique Ruby.

Because high quality rubies, especially gemstones with the deep color to be considered pigeon blood rubies, are extremely rare, some rubies are treated or enhanced. The aim is to improve their appearance, whether that be their color, or improve inclusions and fractures. Heat treatment is the most common treatment to improve the color of a ruby and remove any purple tinge, silk, and blue patches. Glass filling is another form of treatment that has become popular in recent years. This treatment fills fractures within the gemstone, with results in increased transparency.

Every treatment must be clearly stated when sending a gemstone in for a gemstone grading report and must be mentioned in the report too. Attempting to sell an enhanced ruby as if it had received no treatments were done is not only frowned upon but is also wrong.

The difference is normally only detectable using a microscope. Professional and experts will find a different structure. Furthermore, natural rubies will often contain flaws, whereas synthetic gemstones are almost always perfect, except for bubbles that appear every once in a while.

Pigeon blood rubies are considered some of the finest stones in the world. The majority of them are sourced in Myanmar, formerly known as Burma, which is already famous for the best rubies ever seen. Even though their color is considered the most prestigious hue, it is a matter of taste. Some people will prefer a more subtle shade of red, while others are amazed by the hues of pigeon blood rubies.

If you are looking at buying these stones, make sure it has all the correct certifications and it comes from a reliable business.

Rubies from the North East region of Myanmar are generally purple and black in the center and surrounded by a bright red outer layer when placed next to pigeon’s blood rubies. Vietnamese rubies have a purplish-red hue, while Thai rubies are a darker and muted red, which is known as “Siamese Color”. Ceylon rubies are a light raspberry red.

Sapphires and rubies have, essentially, the same chemical composition, with some trace elements being slightly different. The color is what defines a gemstone as a ruby or as a sapphire. Red stones with a strong purple or pink hue will be classified as purple or pink sapphires, as rubies must have 51% or more red color. 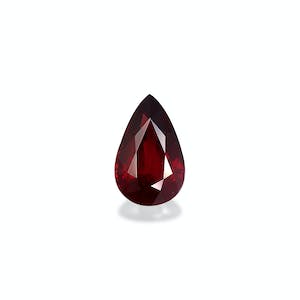 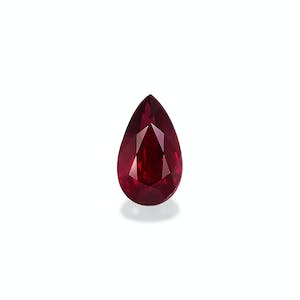 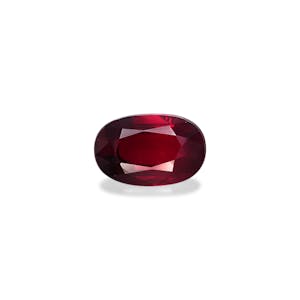 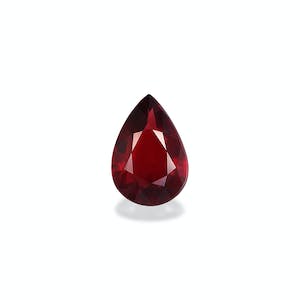 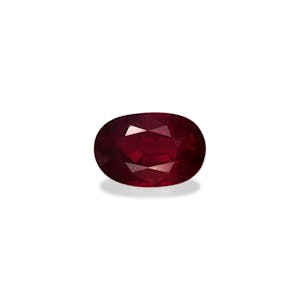 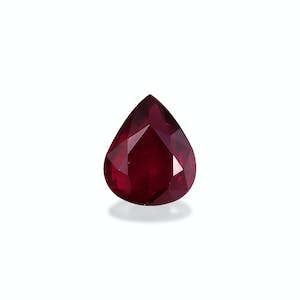 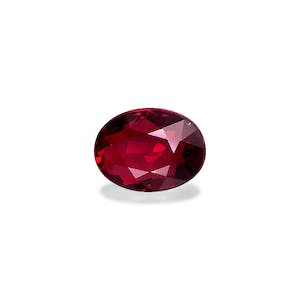 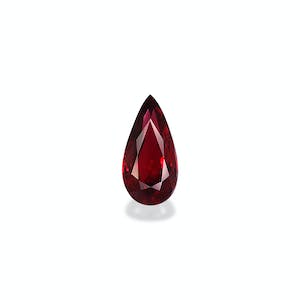 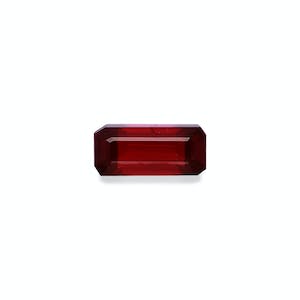 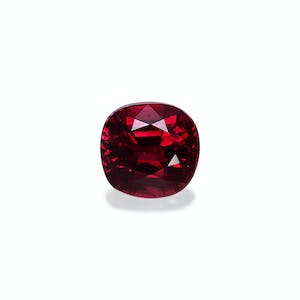 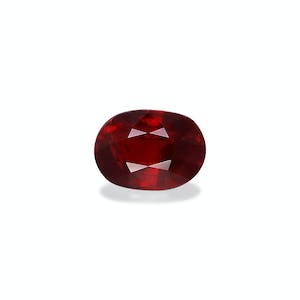 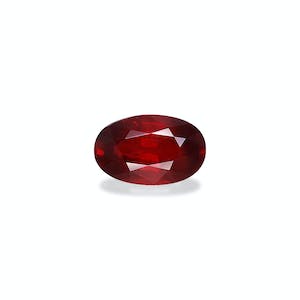 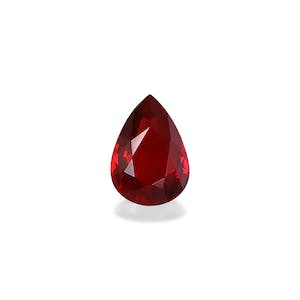 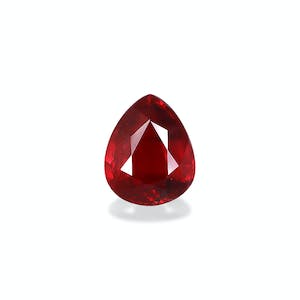 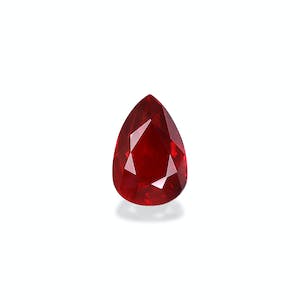 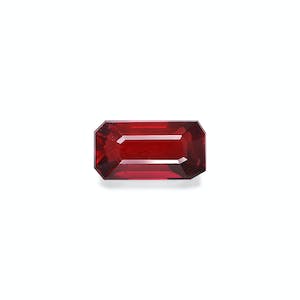 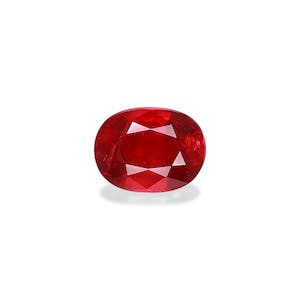 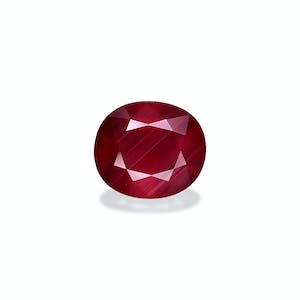 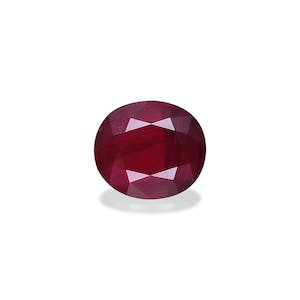 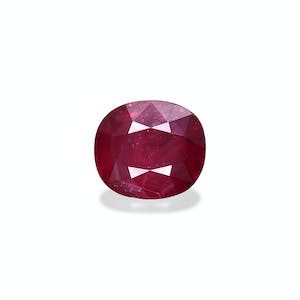 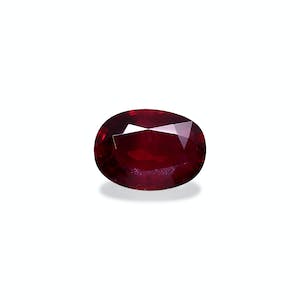 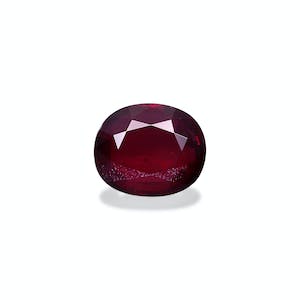 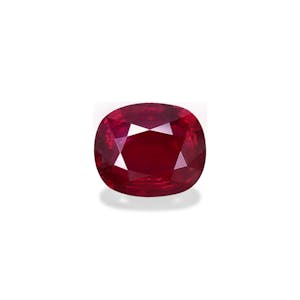 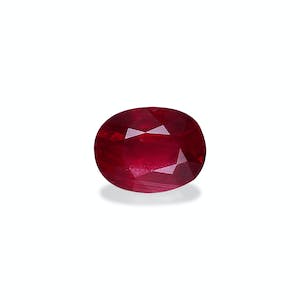