Garnets have long been valued for their many properties. In early biblical writings they were known as ‘carbunculus’ meaning ‘little spark’, and that sums up its stunning beauty when polished and cut.

There are several types of garnet, originating from different seams around the globe. As a result, they possess slightly different chemical compositions, and can found in a variety of colours, ranging from deep reds, purples, and greens to browns and blacks. As a general rule, however, the lighter the stone, the more valuable it is.

Most garnet these days is open-pit mined for industrial uses, and the largest stones are crushed to make abrasive blasting materials. Only a minority are pure and flawless enough to be cut as gemstones. Special care should be taken when handling garnets, as, whilst being hard, it is also brittle, and can be scratched by other garnets.

The name ‘garnet’ is thought to come from the Latin granum meaning ‘seed’ and refers to its similarity to the jewel-like seeds of the pomegranate. Like the pomegranate, it was said to symbolize faith and truth, and to have strong curative powers. Travelers would wear garnet amulets for protection against illness. Conversely, garnets were used in ancient Asia to replace metal bullets because they were believed to cause a higher frequency of fatal injuries.

The pomegranate and, by association, the garnet, featured in many ancient Greek myths, the most famous being the story of Hades abducting Persephone and stealing away with her to the underworld. His brother, Zeus, on behalf of Persephone’s mother, Demeter, sent Hermes to bring her back. Persephone was, understandably, pretty pleased with this plan. However, Hades had fallen in love with her, and begged her to return to him. She was a bit reluctant to do this having never heard of Stockholm Syndrome, and so he presented her with a pomegranate, thinking that once she had tasted the delicious sweetness of the fruit, she would be driven to return to the underworld. Lo and behold, he was right! She did indeed go back to Hades and ate pomegranates for three whole months every year, causing winter to descend upon the earth. Thus, the fruit, and the garnet, became associated with eternity, attraction, and lovers separated, or suffering broken bonds.

Possibly as a reference to this myth, the garnet is the traditional birthstone for wintery January. 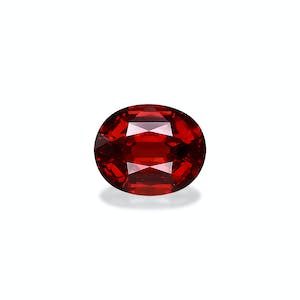 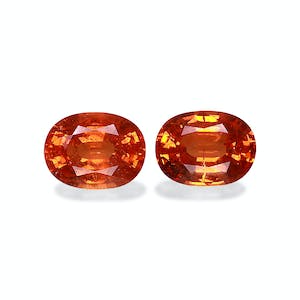 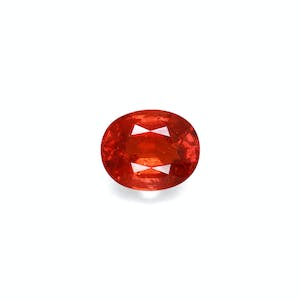 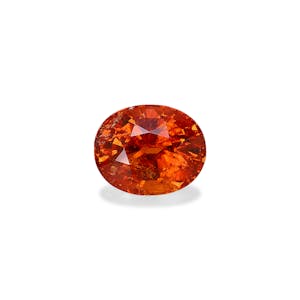