Sphene, also known as titanite, is a radiant and clear green or yellow green stone that is lustrous as it is fiery. Sphenes are ideal for jewelry including necklaces and earrings, and they can absorb light and sparkle. The sphene can also be pink or brown in color.

The word “sphene” comes from the term “wedge shaped”. Ironically, a sphere is a round 3D shape. Sphenes are often referred to as wedge-shaped crystals. The sphene gem has a high rate of dispersion that it even higher than that of the diamond. If well-polished and shined, the sphene can even be just as lustrous.

A sphene is a delicate gemstone with slightly above average hardness. It is rated 5.5 on the Mohs scale. This gemstone is mined commonly in countries such as Brazil, Madagascar, Pakistan, Myanmar, Mexico, Canada, Russia, Italy, China, The United States, Germany, Switzerland, Australia, Norway, and Namibia. Variations of sphene include chrome sphene, which is the rarest and most valuable of this gemstone. Chrome sphene is a deep green and red in color. 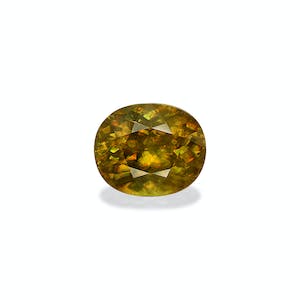 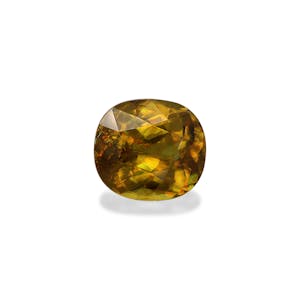 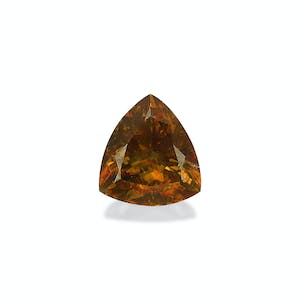 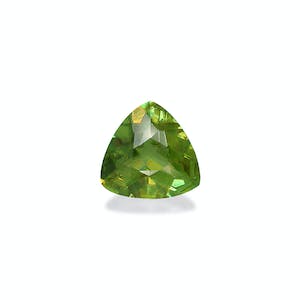 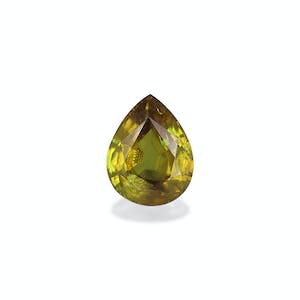 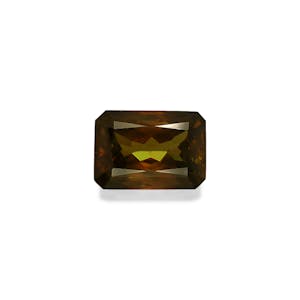 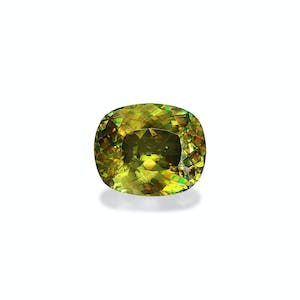 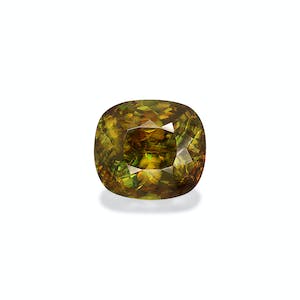 Sphene was first discovered in the year 1795, but it has been around for centuries prior. The sphene gem is a rare stone that is coveted by collectors. While this gem can be as lustrous as diamond, polishing it well can be rather difficult. Faceted sphenes tend to show off flashes in the same manner that diamonds do, but better. This effect from dispersion comes from the ability of the stone to break apart a beam of light into spectral colors. Since the sphene has a great refractive index and high rates of dispersion, it is capable of displaying a beautiful appearance if cut right.

Sphenes that are saturated in color are greatly pleochroic. This means that the gem displays different colors when you turn it. A unique feature of the sphene is its double refraction, also known as birefringence. This means that light will split up into 2 rays as it passes on through the gem. This creates a variety of colors that look incredible. In turn, the reverse facets appear as two images, giving it a soft, fuzzy appearance like the double refractions in a peridot or zircon. Sunlight is required to make the sphene look truly beautiful, as plain pictures on the internet simply do not do it justice.

Sphenes are generally smaller than 2 carats. Therefore, size is certainly an exclusive characteristic. Color and clarity also play important roles, followed by the skills and resources put to the test when the gem is being faceted. Yellow, light orange, and green sphenes can demonstrate dispersion in big ways, with chrome sphene demonstrating it the best way.

In a metaphysical sense, the sphene can stimulate creativity and your mental state. It can allow you to collect knowledge and use it to make you smarter and learn even more. Simply put, this is a good stone to help you think clearly. The sphene has a strong connection to the third eye chakra, and will greatly fortify mental activity. Sphenes are not without their flaws, however. Because it is rated 5.5 on the Mohs scale of hardness, it is a very brittle gemstone. It is prone to scratches, making it not all that ideal for rings. They are better suited on necklaces, earrings, and brooches. If a sphene ring is worn only occasionally, it would be a lovely addition to your jewelry collection. The sphene is also said to be slightly radioactive. There are over 60 gems that are known to be radioactive, such as londonites, coffinites, mordenite, and sanidines.