Whenever a Top 10 brand is mentioned, their most iconic famous gemstone jewelry creation comes straight to our mind. It is no different when talking about the world’s top 10 jewelry powerhouses. They each have their iconic pieces which should always come to mind when we hear their name. 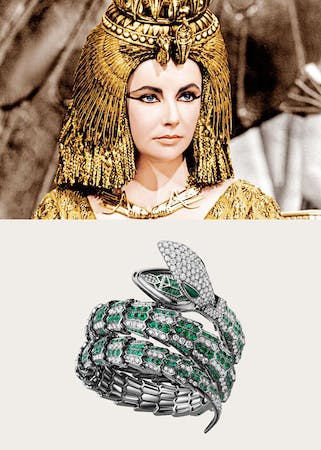 One of the most Famous Gemstone Jewelry is by Bulgari. Their designs are perfectly timeless and to pick just one iconic piece would prove too difficult. But, one thing is for sure, you can’t mention Bulgari without mentioning Elizabeth Taylor.

The Serpenti Tuboglass-motif can arguably be their longest standing piece of jewelry, of which Taylor wore a bracelet when promoting her movie, Cleopatra. But there is a more significant and iconic piece related with the actress and the movie, “Cleopatra Mirror”. Commissioned in 1962, made from yellow gold and turquoise, and not surprisingly, an Egyptian motif. Its release coincided with the release of the movie too. Taylor had a large Bulgari collection, given to her by her many husbands and admirers, but the mirror is the most noticeable piece.

Harry Winston’s website claims to “brighten life’s everyday moments” and boasts jewellery used with the finest and rarest gemstones. Since 1932, Harry Winston has been a powerhouse in the jewelry world, and they show no sign of slowing down. In 1968 the cleaving of the Lesotho diamond was broadcast live on television, a 601-carat gem.

From that stone, 18 diamonds would be yielded, and one would become the most iconic engagement ring in the twentieth century, as Aristotle Onassis purchased the 40.42-carat Lesotho Three to propose to Jacqueline Kennedy. 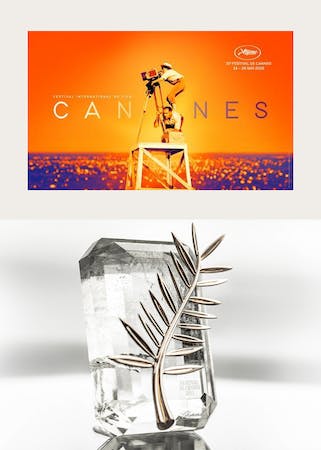 Since 1998 it is impossible to mention Chopard without mentioning the Cannes Film Festival in the same sentence. So, it comes as no surprise that their most iconic gemstones have been shown off at the festival, with there, not surprisingly called, Red Carpet Collection.

Every year the Maison sponsors the event and dresses the top celebrities of the event. Chopard also made the decision to promote sustainability and redesigning the Palm D’Or (the event’s most prized award) using Fairmined Gold and releasing its Green Carpet Collection.

Piaget prides itself in their craftsmanship and the way the are able to work gold, using twisting and hammering to create unique pieces of jewelry.

Known for their Manchettes, they have collaborated with Nelly Saunier, a master feather artist to create the Secrets & Lights collection. The collection combines with a cushion emerald surrounded by sapphires and diamonds that rest on an array of turquoise feathers forming a marquetry pattern. 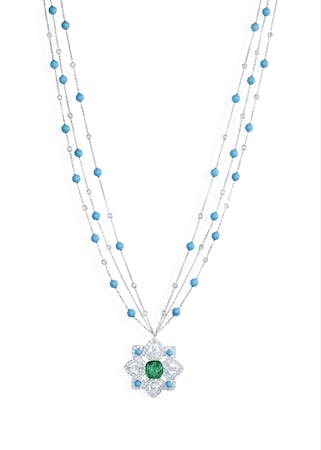 In 2012, Boucheron returned to the iconic Bienanale des Antiquaires, and did so in great style. While the Maison’s most recognisable piece is the Serpent necklace, a tubular design using rock crystals and diamonds, it is the Bouqet d’ Ailes that is iconic for its use of gemstones.

The entire necklace is light, and using a trembling technique, it quivers like the wings of a butterfly. Using emeralds, sapphires and diamonds, the piece boasts bright colours and a timeless design.

The mention of Bayco brings images of colourful gemstones, but not any gemstones. They bring images of the most precious stones ever to be found. And this is the case for their most iconic gemstone:

The Imperial Emerald. In 2013, when it was first unveiled, this was the most precious gemstone in the world. At 206 carats, the Colombian emerald was unique. It was awarded with the highest certificates from the top gemological bodies. The color is pure green, with no bluish tints and was priced higher than diamonds of the same size. 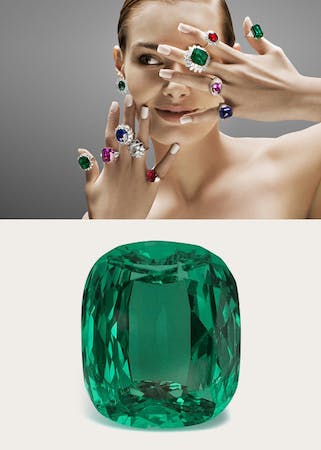 When you think about Cartier Jewelry, it is impossible to ignore the Panthère. Panthers started appearing in Cartier’s designs as early as 1914, in the shape of wristwatches.

It wasn’t until 40 years later that their most iconic Panthère was commissioned by the Duke of Windsor in 1948, for his wife. It was the first 3-D panther to come to life. It was a 116.74 carat emerald, which belong to the Duchess, on top of which sat the animal made of gold and onyx. The couple commissioned another brooch a year later where the cat had sapphires, because the Duchess preferred blue, as it brought out her eyes.

Known for their Mystery Setting, where the prongs holding the gems in place where almost invisible, Van Cleff and Arpels have always been pioneers in the jewelry industry. Without a doubt, their most iconic single piece is the Walska Brooch.

Shaped as a stork, the bird is carrying a 95-carat yellow pear-shaped diamond, which belonged to the opera singer Ganna Walska. The bird was commissioned in 1972 after the gem went on auction in 1971. The bird is a combination of emeralds, sapphires and yellow gold. What differentiates it from other pieces of jewelry is that, the bird can be dismantled to make a set of winged earrings, use the yellow diamond as a pendant or where the whole lot as a brooch. Bird on a Rock

Probably one of the most famous jewelry powerhouses, helped by the movie Breakfast at Tiffany’s. Their most iconic piece is the “Bird on a Rock” piece, where a diamond and gold bird sits on top of a 128.54 carat yellow diamond. Since Jean Schlumberger designed the first piece in 1956, the bird has been a staple of the company and has sat on the finest gemstones, including sapphires, emeralds and diamonds.

If you ever see an egg design on a pendant or another piece of jewelry, Faberge is responsible for the trend. The Russian powerhouse was founded in 1842, when Faberge became the official goldsmith for the Imperial Court.

He began designing his Imperial Easter Eggs in 1885 using precious metals, enamels and the finest gemstones. Since their first creation Faberge’s eggs have continued to grow. In 2013, the company was bought to Gemfields, promoting ethically sourced gemstones such as Mozambique Ruby from Africa. 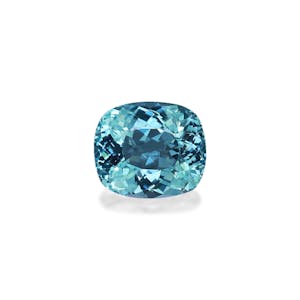 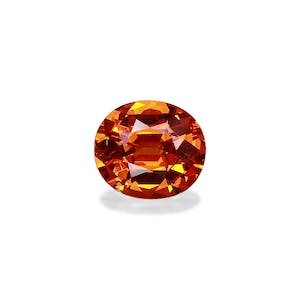 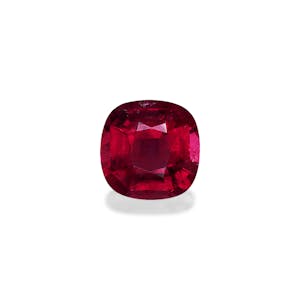 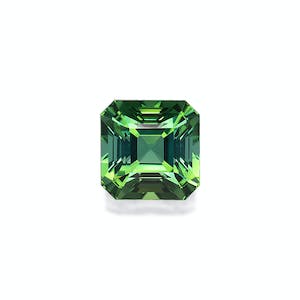