Leading on from our previous post Sphene: myths, power and history today we are going to take a look at Amethyst, a beautiful purple coloured quartz and the most valued of its type. Their attributes vary depending on where they are found. Mostly it is the tone and shade of purple that varies, and experts claim to know where the stone was found by simply looking at it. It has a hardness of 7.0. They can be found mostly in Africa, South America and India, however it can be found in the USA and Russia. They are usually found in the form of six sided crystals, and each area has a different colour, which is due to the iron impurities within.

The earliest story about amethyst dates back to 1576, by French poet Remy Belleau. He wrote about the beliefs of gemstones, however, the story does make sense. It is said that a virgin named Amethystos was seduces by Dionysius, the Greek god of wine and debauchery. Whilst praying to the Goddess Artemis for help, she was turned into a pale white stone made from quartz. Dionysius, shocked and filled with guilt at this turn of events began to cry. A tear dropped into his goblet of wine. The God spilled the wine accidentally over the stone, which gave it the purple colour we know today.

This makes a lot of sense. Although it was not written during the Greek’s history, Amethystos means “not drunk” in Ancient Greek. This gave the gemstone the power of keeping the person who held an amethyst, or kept one in their mouth, completely sober, no matter how much they drank. More evidence of this belief comes from even further back in time. The Ancient Egyptians, who used the beautiful stone to represent a zodiac sign that was considered the antidote to wine because it was the enemy of vineyards and vines. The zodiac sign was the goat.

It is believed that amethyst has a calming nature, helping the wearer to control thoughts, emotions and also offers protection. This is why it is the cure to many illnesses, dating hundreds of years back. It was said that if you sucked on the gemstone and then rubbed it over your face it was a cure for pimples and rough skin. The Chinese used it to cure stomach pains and bad dreams. And if you wear them close to your head, for example as a pair of earrings, it helps with headaches and to clear your thinking process.

These benefits and symbols were soon adopted by Christianity, who believed the gemstone to be the stone of Christ and symbolised purity of soul. For that reason it has been a stone that has always been present in the religion. It was worn in the breastplate of high priest Aaron (exodus 29). This lead to a continuous use in jewellery for priests and clergymen.

Taking care of your Amethyst

As you can see, the beautifully coloured amethyst has many spiritual benefits and comes from a long history of worship. So in order to keep those benefits within your gem, you need to look after it properly. Avoid direct sunlight, as it can fade the colour. Also, don’t allow it to get in contact with household cleaners and such chemicals. To clean your stone, just use a brush or a cloth with very mild soapy water. 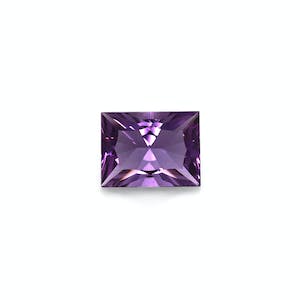 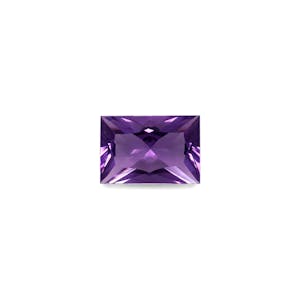 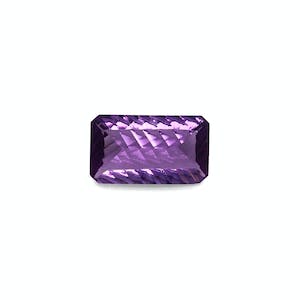