Throughout history there have been three famous sources for blue sapphire stone: Burma, Kashmir and Sri Lanka, which was known as Ceylon until 1972. Sri Lanka, or Ceylon, has been the most prolific producer of sapphires out of the three.

Kashmir sapphires are almost non-existent today since no new stones of any significant value have been found in the last century. Burma still produces high-quality sapphires, but their main focus is on the mining of Rubies. 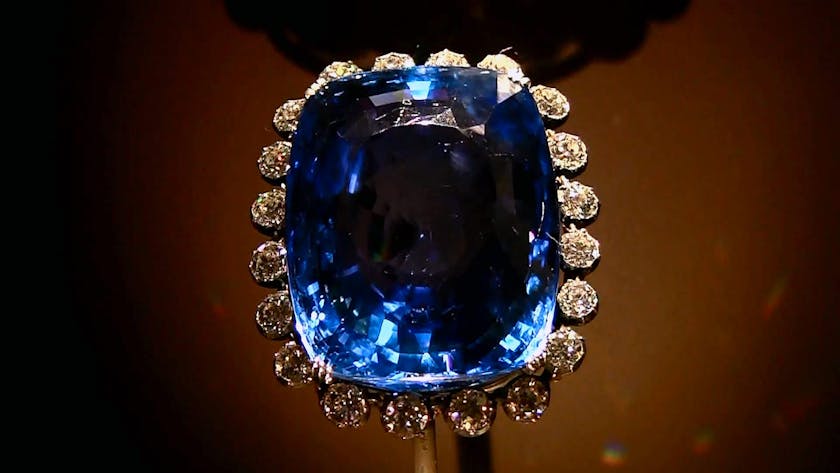 Sri Lanka is not only the most productive source of Sapphire, but it is also the oldest known today. According to historians, Ceylon was known for its blue stones by the II century A.D. and the country had an active international gem trade by the IV and V century.

Many of the most famous sapphires in the world come from mines in Sri Lanka, including the Star of India, weighing 563 carats, and the Logan Sapphire, which weighs 423 carats which is one of the World’s largest Sapphires recorded. 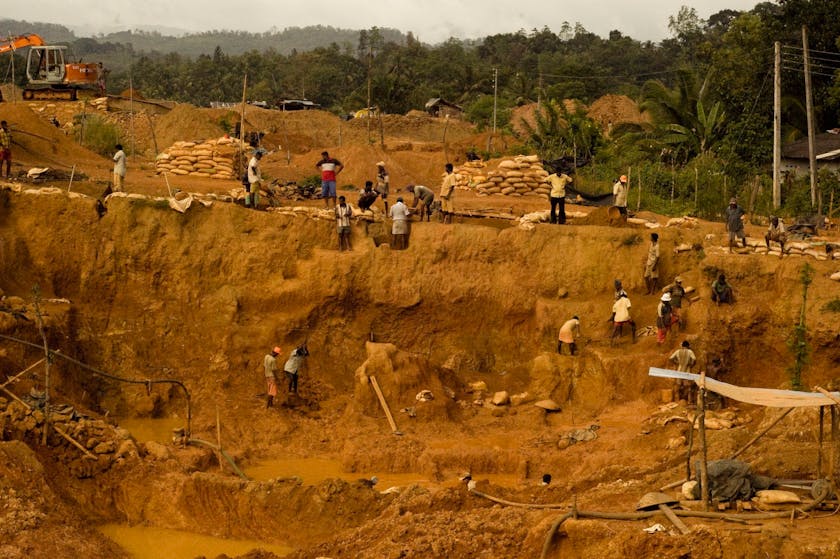 A Mine in Ratnapura, Sri Lanka

In today’s market, Ceylon sapphires are facing strong competition from stones found in Madagascar. However, gemstones from Sri Lanka continue to be important in the market. The sapphires from Ceylon are valued for their vivid color, which tends to be lighter and brighter than the dark blue sapphires from Thailand and Australia.

Considering the size of Sri Lanka, a country smaller than Austria, the quantity of sapphire mined in the country is fascinating. In fact, there was so much material that lower-quality stones were ignored. This was pale and cloudy stones, colored by an excess of titanium. In the 1970’s, labs in Thailand found a way to turn those stones into an attractive blue. The new heat treatment introduced new Ceylon sapphires to the market, as stockpiles of once unsellable material became very easy to sell.

Although Sri Lanka is most famous for blue sapphire, mined in the southern end of the country, around Ratnapura (City of Gems), southeast of Colombo, there is a huge variety of sapphires mined in the country. You may find pink, yellow, green, violet, and rare pink-orange sapphires called Padparadscha. Yellow stones are often found in sizes over 5 carats, and you can find unheated material, although its rare. Pink sapphires are rather rare and are found in sizes smaller than 2 carats.

Ceylon sapphires can also be heated with beryllium to create vivid blue sapphire color and bright yellow stones from the pale and poorly colored material. These lattice-diffused sapphires can sell for surprisingly high prices, and the yellow colored gems have been accepted within the gem industry. 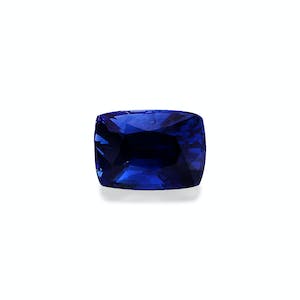 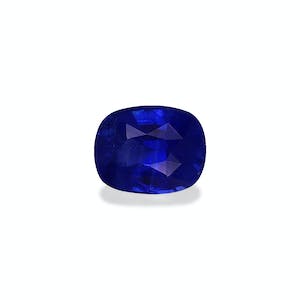 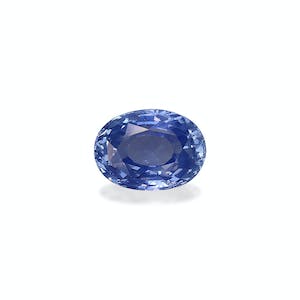 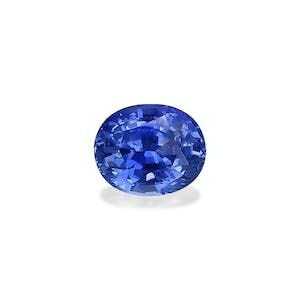 Sri Lanka’s gem mining history is at least 2,500 years old, if not more, and was once referred to as Rathnadweepa, which means ‘Gem Island’ in Sinhalese. Persian traders called the country Serendip as term of endearment; presumable due to the riches and magnificent treasures that can be found on the island which lead to happiness and good fortune.

Ceylon Sapphires are famous for their vibrant medium blue hues.

Sri Lanka is the only place where you can find a seemingly never-ending supply of high-quality gemstones. It also has the largest density of gemstone deposits in relation the size of the country, with 90% of the landmass made out of gemstone bearing Pre-Cambrian rock.

As we mentioned, the country produces a variety of different gems, sapphire is their most famous gemstone. They produce virtually all colors of sapphire too like the glowing yellow sapphires. The rarest of all are the ones known as Padparadscha, a word derived from the Sanskrit, meaning Lotus Color, a name it earned thanks to the vibrant coral tones of the gemstone. Light to medium blue sapphires are the most desired of blue sapphires from Ceylon and generally bring a higher price tag amongst all other blue color sapphires. This color was referred to as ‘cornflower blue’ in the past.

Some of the largest sapphires in the world have been found in Sri Lanka.

Ceylon Sapphire in the Royal House

Ceylon sapphires have also been treasured by Royal families around the world for centuries. Sapphires are considered a symbol of love, loyalty, power, royalty, and wisdom because of their allure and range of blues.

Some of the most famous royal relationships have had sapphires involved, including the Ceylon Sapphire encrusted Imperial Crown of Russia worn by Queen Catherine II of Moscow, the Ceylon blue sapphire brooch given by Prince Albert to Queen Victoria on the eve of their wedding  (also worn by queen Elizabeth II) and Princess Diana’s renowned engagement ring, currently worn by Catherine, Duchess of Cambridge. These blue sapphire rings are loved for engagement rings thanks to their 9 hardness in the mohs scale.

Many celebrities have also worn sapphires from Sri Lanka. A 171-carat sapphire necklace, ‘Heart of the Ocean’, which was prepared after the blockbuster movie Titanic, and worn by Celine Dion to the Academy Awards in 1998 was a Ceylon Sapphire. 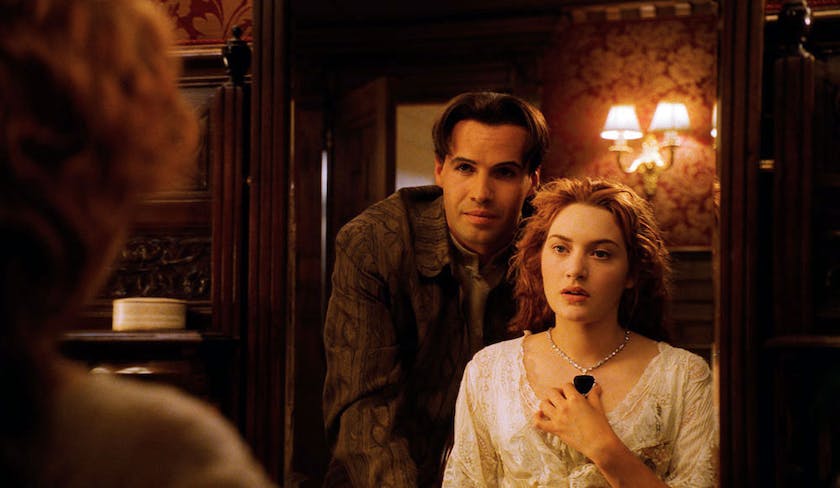 Heart of the Ocean Necklace – Titanic

It is believed that Natural Sapphires are a product of the Pan-African orogeny. This was a series of tectono-thermal events that happened around 450 – 750 million years ago. This plate movement made the ideal environments for the creation of gemstones in Kenya, Mozambique, Madagascar and Sri Lanka, all of which are big players in the gem industry today.

For sapphires to be formed, there needs to be an exact and perfect combination of elements and events in play. The mineral aluminum oxide must undergo an isomorphic process, where the aluminum ions dissolve alongside other mineral, forming a rare substance called corundum. The blue tones and hues of sapphires are a result of the presence of small amounts of titanium and iron in the mineral composition. In some rare cases, there is rutile present in the composition, and this creates Star Sapphires.

Furthermore, mining in Sri Lanka is believed to date all the way back to the second century, meaning the country is the birthplace of some of the oldest gemstone mines in the world. What is even more astonishing is that their long history has not diminished over the pass of time. New Ceylon sapphires are still hitting the market, and some of the most famous sapphires were mined in the country.